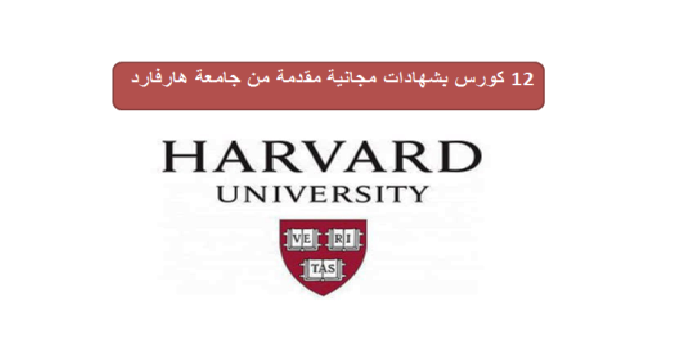 Harvard University is devoted to excellence in teaching, learning, and research, and to developing leaders in many disciplines who make a difference globally. The University, which is based in Cambridge and Boston, Massachusetts, has an enrollment of over 20,000 degree candidates, including undergraduate, graduate, and professional students. Harvard has more than 360,000 alumni around the world.

Harvard University offers 12 courses with free diplomas in the medical field. These courses are available to specialists and non-specialists.
After watching the course, you will undergo a simple test, and you must obtain a score of 75% in this exam. The certificate will be sent to your e-mail.

Explain how to register:

First: Watch the video of the course in order to be able to answer the exam questions.

Second: After completing the video, click on (Claim credits).

Third: You write your full name and put a check in the box that you attended the course video.

Fourth: You write your name as you want it in the certificate (the name must be triple)

Fifth: You fill out the questionnaire

Sixth: You solve the exam
Seventh: After completing the exam, the test result with the certificate (if you get a score of 75%) will be sent to your e-mail and you can print it

About the University of Oxford:

Oxford University is considered one of the best universities in the world, and belongs to the elite group consisting of six high-quality universities according to the global classification, and Oxford University ranks first in the United Kingdom for the quality of its research, and Oxford ranked first for the size of its leading research in the world.